Residents from across the Midwest say they are banding together to fight for environmental justice.  They held an Anti-Trump march in downtown Chicago, on Tuesday, April 11th, to fight a proposed plan to defund the Environmental Protection Agency.  As Steven Lattimore reports, East Chicago advocacy groups were there to make their voices heard as they deal with the lead contamination crisis that has impacted residents of the West Calumet Housing Complex. 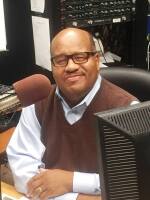