JUUL E-Cigarette Use Rises Among Teens, Posing Health Concerns for the State

Since its launch in 2015, the JUUL has taken over the market for electronic cigarettes, better known as e-cigarettes.  According to a Nielson data report the JUUL achieved 46.8% of the e-cigarette market share this past April.  The rapid market growth is said to be spurred by the brand's decision to heavily market on social media platforms such as Twitter, Instagram and YouTube.

JUUL Labs Inc. states on their website that the JUUL was created to be a satisfying alternative to cigarettes and its mission is to "improve the lives of adult smokers;" However, it is quickly gaining popularity among youth and young adults across the nation and here in Indiana.

According to the Director of the Tobacco Prevention and Cessation Division of the Indiana State Department of Health, Miranda Spitznagle, youth and young adult use of e-cigarettes and vaping devices, including the JUUL, have been a concern for quite some time and it's a problem that the department is keeping close tabs on. "Our most current data, which are from 2016 can tell us that 10.5% of high school students report current use of an electronic cigarette and so that's certainly something that we're paying attention to."

Spitznagle also stated that the department is monitoring the use of the JUUL in particular because of its higher concentration of nicotine. "Nicotine is a highly addictive substance and as we are concerned and monitoring the use of these products we are concerned about youth using these products. Mostly because young brains are still developing into their early twenties and youth exposure to nicotine is something that could disrupt adolescent brain development and increases susceptibility of further addiction."

Each interchangeable JUUL Pod contains around 200 puffs which is equal to one pack of cigarettes.  The JUUL is also said to deliver a nicotine peak in just 5 minutes, a feature that is attracting both youth and adult smokers.

Former Northwest Indiana resident, Morgan Jackson has a more positive perspective and experience with the use of e-cigarettes.  She began smoking at age 16 and within two years she was smoking a pack a day.  While looking for nicotine alternatives to help her quit, she found that e-cigarettes were the best option for her. "I didn't crave cigarettes, it kept my hands busy, it fulfilled the need of nicotine I needed and I've since then dropped the nicotine levels down and gone to a simpler e-cig and I still haven't had a cigarette in about eight months."

However, she too has noticed the JUUL's rising popularity and became aware of the product by her 20 year old brother when she first started using e-cigarettes. She voiced her concern, saying, "I would say he's addicted to nicotine now and he was never a smoker."

The Health Department has a large network of local Tobacco Control Coalitions across many counties in Indiana, including Lake, Porter, and LaPorte Counties that are actively working on preventing situations similar to Jackson's brother's from happening.  These Coalitions work with community leaders, organizations and schools to educate and bring awareness to tobacco products which include the JUUL e-cigarette.  They also recommend that schools and other organizations change their Tobacco-Free Grounds policies to include electronic smoking devices.

Spitznagle urges anyone in the state of Indiana ages 13 and over who are struggling with nicotine addiction to use the Indiana Tobacco Quitline by calling 1-800-QUIT-NOW. The Quitline provides free help for people looking to quit tobacco use and is described by Spitznagle as "an effective, safe and confidential way to quit."

JUUL Labs Inc. was contacted, but no response was received. 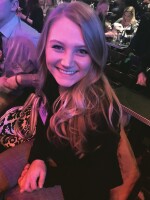 Valerie Plinovich
Valerie Plinovich is a News Intern at Lakeshore Public Radio. Currently, Valerie is a sophomore Communications Major minoring in English at Indiana University Northwest where she is utilizing her passion for storytelling to pursue a career in Broadcast Journalism. She is also the secretary of IU Northwest's Public Relations Student Society of America (PRSSA) chapter and is the News Director of the campus's radio station, WIUN. Valerie lives in Portage, IN and graduated from Portage High School in 2017. In her (very rare) spare time Valerie enjoys napping, reading and spending time with her family.
See stories by Valerie Plinovich
Latest Local and National News
Related Content