Today on Off Mic: Saturday will mark the 20th anniversary of the 9-11 attacks. We talk to one local reporter on what she remembers of that day and how local journalists responded. We hear from the mayor of Gary and his city's plans to mark the day. And we rebroadcast a story from the 10th anniversary and how the wars that followed impacted the mental health of one local service member. All this on Off Mic. 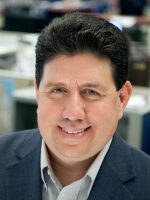