Today on "Regionally Speaking," we'll get the latest on the January 6th hearings with IUPUI Senior Lecturer Pierre Atlas. Atlas discusses the setting up of the January 6th insurrection, and the role that elected officials from Indiana had on the day of the riots, including then-Vice President Mike Pence.

Then, we'll revisit a conversation with Jerry King, President of Hoosiers Concerned About Gun Violence (HCAGV). July 1st is the beginning of Indiana's permitless carry law going, into effect. 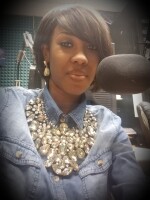